Return to Natural Cure For you?

Drugs or surgery as an option?

Are drugs or surgery ever the better choice?
Many people are surprised when I answer yes to this question. It’s hard enough for a person to make

lifestyle and diet changes when they are healthy but even harder if they are sick. I always thing a person should at least first make the effort to heal naturally however, for some people who are not disipline enough, taking drugs to get out of the woods so to say, or overcome a flare up can be the better choice for some people. You have to remember you will have to detox from these drugs and there will be direct effects from putting any harmful substances in your body, but I’m here to help you heal not say it’s the raw diet or else.

Please remember if you appear fine, but are taking drugs, you are not fine the drugs just suppressed your symptoms for the time being, If you do not change and eliminate the initial cause of the problem it won’t truly heal. This is why most people get sick again once they cut back on the drugs.

As much as I’m wise enough now of how bad the drugs are and disipline enough to eat a certain way, when a person has no idea what to do is scared, week, confused and lonely taking drugs short term may help that person.

Please do not use this as an excuse to avoid lifestyle change. Drugs or as doctors say, medicine heals no one in the long run and long term drug use only makes the body weeker and sicker. It is important to gain wisdom about the harmful affects of drugs so you build a discipline to get well with as little to no drugs as possible. It’s really more mental than physical. You do not need the drugs but I will admit they can sometimes help during a flare up the first time. After that throw them away. If you continue to rely on them each time there is a flare up, it will make the issue worse in the long term and also, if you keep having a flare up chances are something in your diet or lifestyle needs to change.

As for surgery, this is not a real answer only a solution of doctors who do not understand the cause

and cure of IBD. If a person is on the right diet and living the right lifestyle, surgery shouldn’t even be a consideration. Even if for some reason a person seems to being doing everything the natural and right way and still has flare ups, surgery is usually not the right answer. More investigation has to be done to see what the real issue is.

If surgery is considered it should be only as a last option. Far too many people with IBD at the advice of their doctor get surgery pre-mature and many times it is unnecessary. However if a person is not willing to change their diet and lifestyle, and the drugs are not helping them, surgery may be their only choice.

My doctor says, if the drugs don’t work, I’ll have to get surgery to remove the infected part of my colon?

That’s just like doctors. If they can’t control it, they say, “Get rid of it.” We need all of our body parts to be as healthy and to stay as healthy as possible. Years ago, surgery used to be a last resort, but now many doctors are using it commonly as a first resort when it comes to IBD and many other diseases. There are many reasons for this, but rest assured, surgery is not needed in most cases of IBD. With the natural IBD cure, you will be 100% well without surgery, or the need to take drugs again. Doctors even go so far as to say, “Sometimes surgery is the ONLY choice.” CRAZY! It’s just the only one they’ve learned in medical school. Doctors are very willing to remove your colon, rectum, and if that happens, the anus must also be removed. You choose: would you rather try a natural cure, or take the doctor’s drugs and eventually have a doctor take out your colon? I am sure nature’s cure is the best of these choices, and it’s the only one that works.

Just to let you know what doctors do to remove the colon or parts of it: they make incisions in the abdomen and the perineum, the area between the anus and the genitals.

With many illnesses, doctors will only suggest surgery after medical therapy has failed to control the disease adequately, or if cancer has been found. But many times they jump the gun and cut too soon. It’s different with UC and Crohn’s. Many times they don’t even wait before they cut. It’s not even a wise last resort with issues like Crohn’s because in a case of UC it would completely get rid of the disease, but since Crohn’s disease can occur in other parts of the digestive track, surgery will not assure a patient of a 100% recovery. Surgery for UC involves removing most, or all of the colon. Surgery for Crohn’s disease depends on where in the GI tract the disease occurs. Either way, surgery for IBD is not usually necessary for someone who takes their health in their own hands and corrects their diet and lifestyle!

Permanent link to this article: http://healibd.com/essential-supplement/drugs-or-surgery-as-an-option 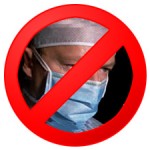 What About My Doctor?

But my doctor says there is no known medical cure for IBD. How can doctors have a cure for something when they don’t know the cause? I know the cause and I’ve been privileged to learn the natural cure. According to medical studies and my doctors, the only thing a person with IBD can do to control this disease is to …

Natural Cure For you? Drugs or surgery as an option?

Support from Natural Doctors and Professionals